This is from a presentation I gave at work about how to design APIs that don’t suck. You can download the whole presentation from here

3 aspects of a good API 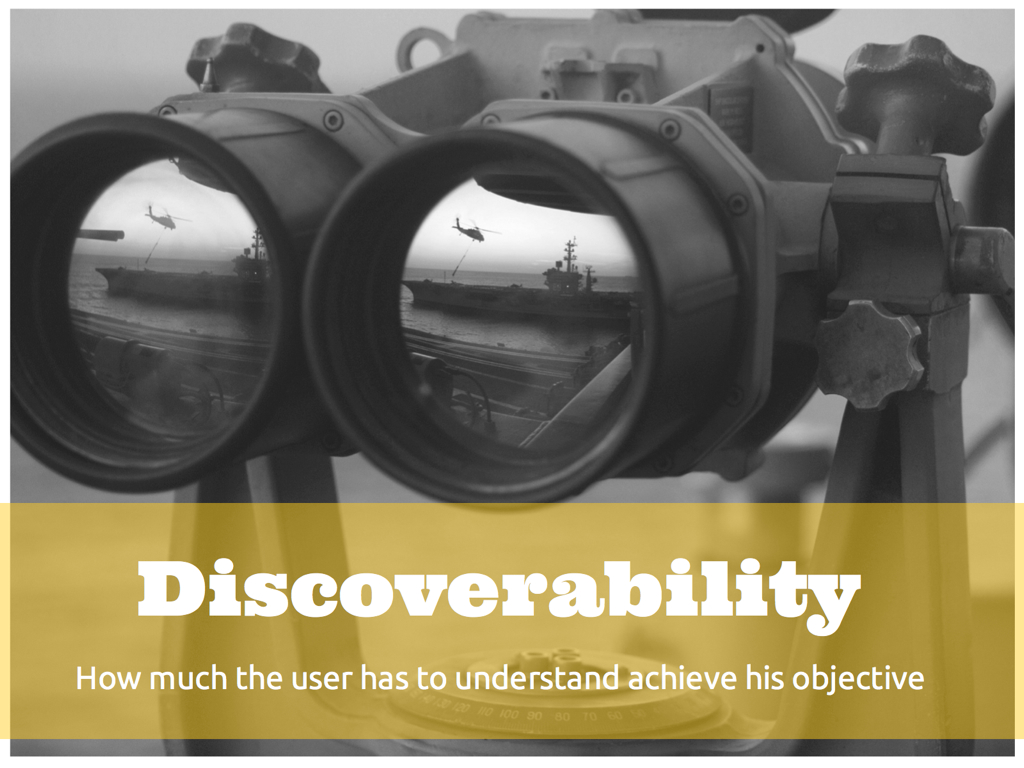 Discoverability: Is how easy is for a user to access to the exposed functionality. We should always remember that our API is only a tool: a means to an end. The user wants to understand as little as possible to confidently achieve his goal. 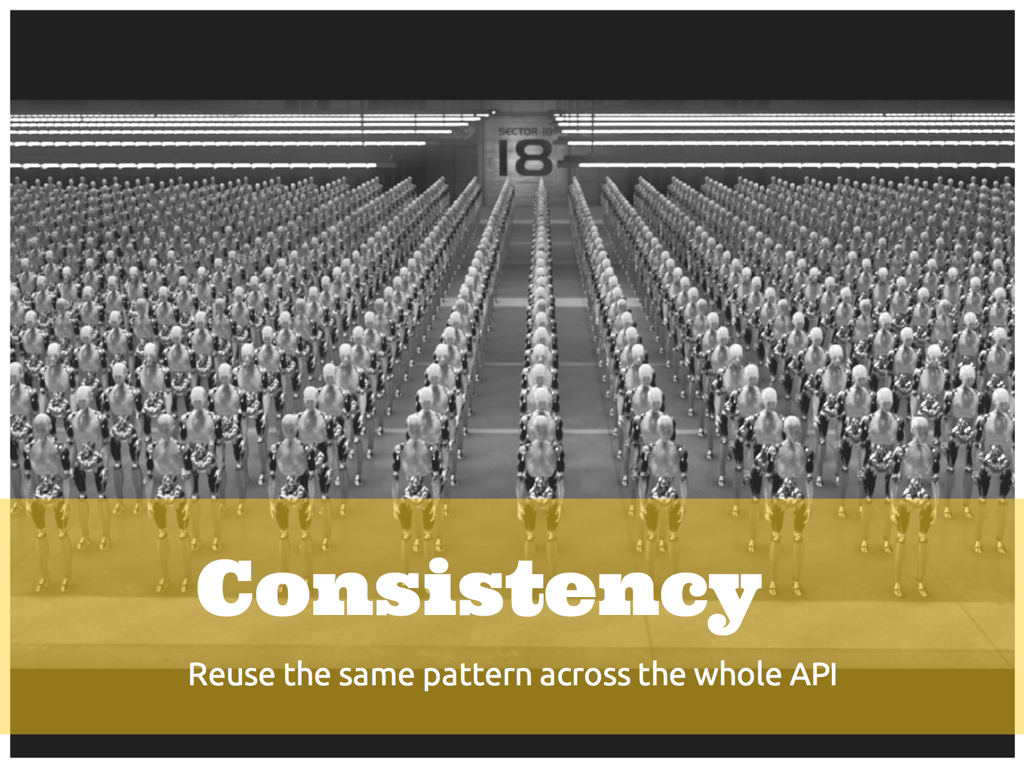 Consistency: Helps improving the usability by reusing the same patterns across the whole API consistently. This way we beneffit from reusing the concepts the user has already learned. 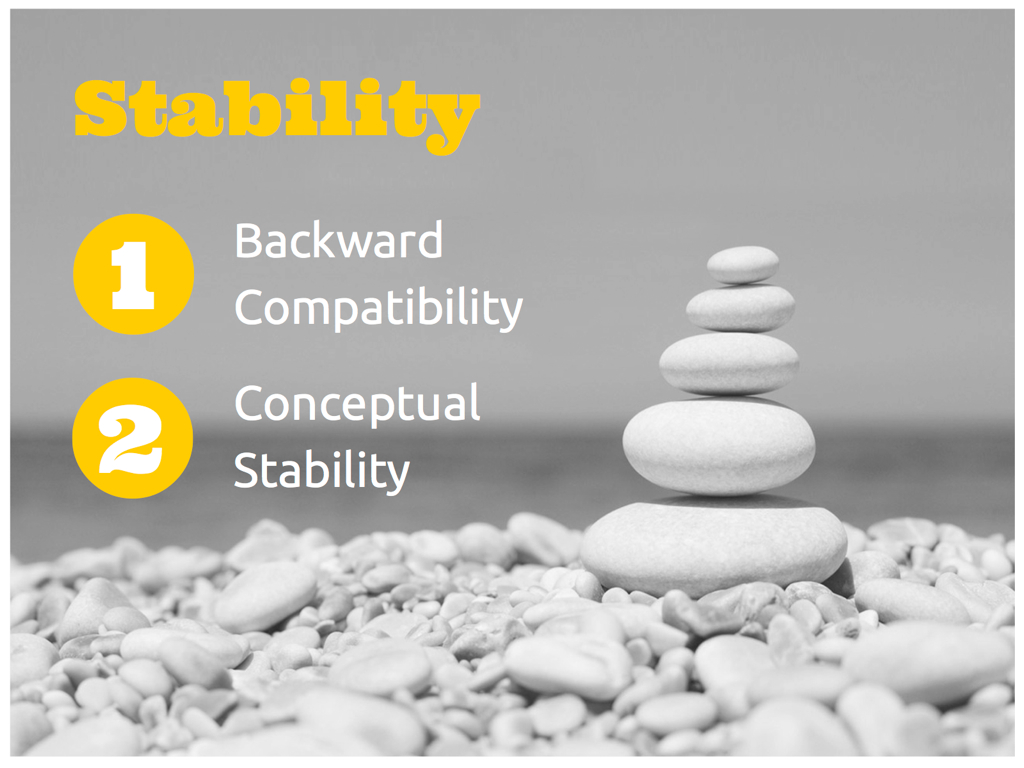 Stability: There are 2 different types of stability that we need to be aware of: 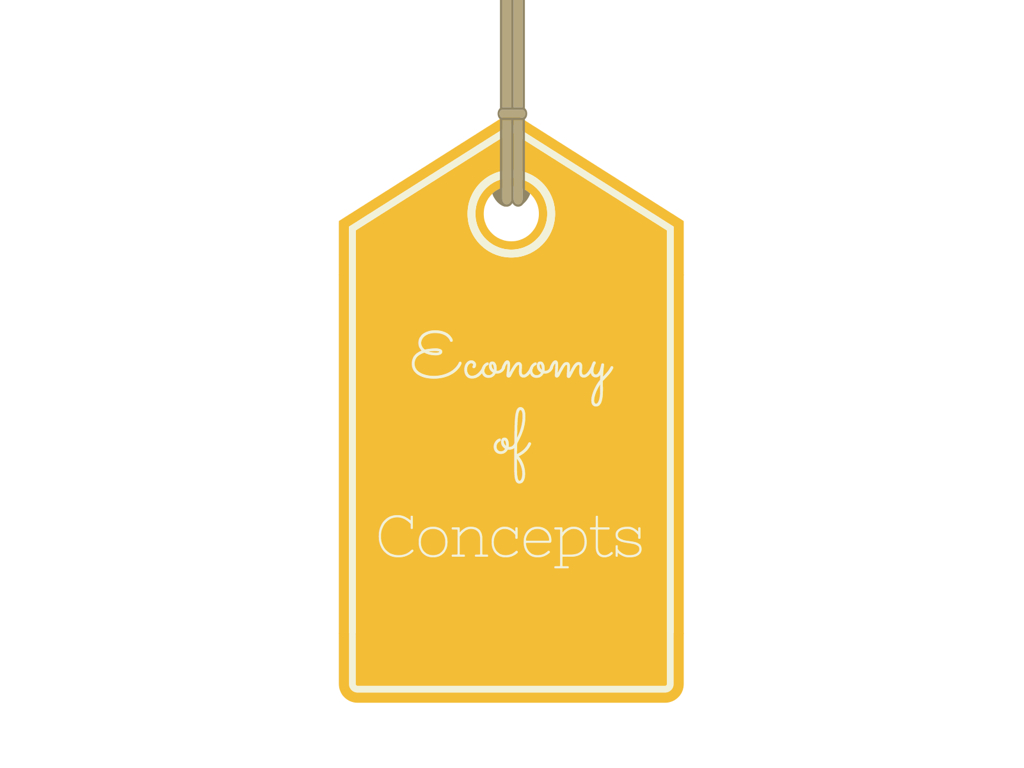 Economy of concepts: Minimizing the concepts introduced in your API will result in a flatter learning curve. A good way to achieve this is by making your API coexists with the platform. For example: avoid introducing new collections the user has to learn how to use, reuse known design patterns, honour the language naming convention, etc. 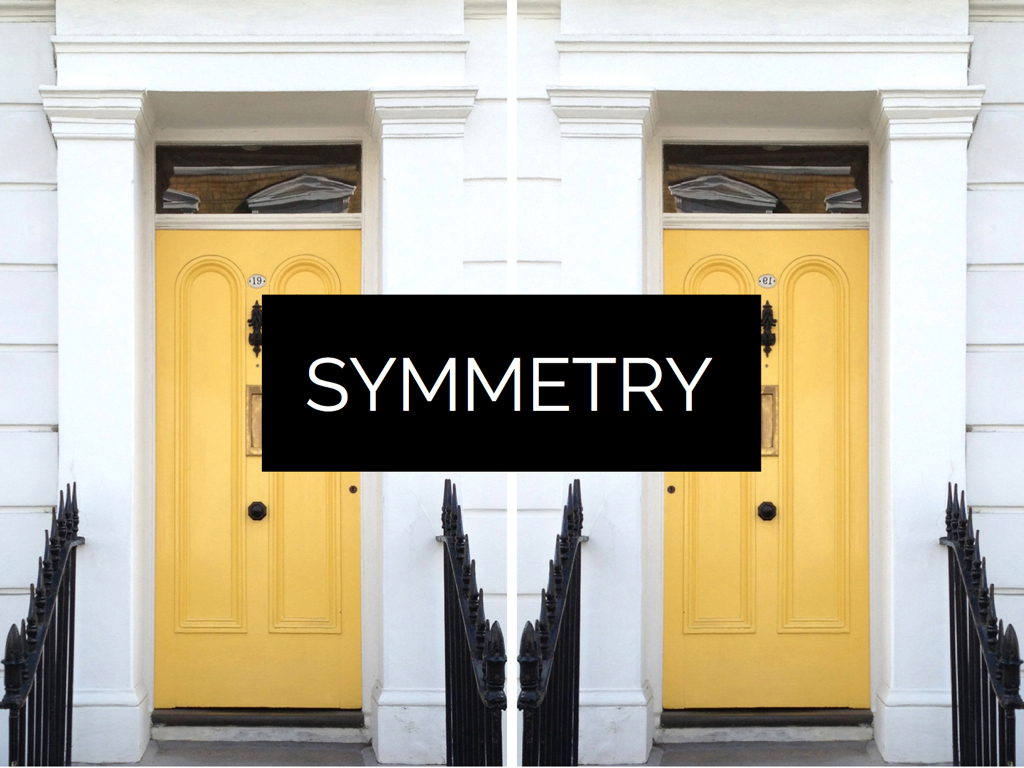 Simetry: Once more a simmetric API is easier to learn because it is more predictable. For example: if the user sees a method called open() he probably will know that there is another called close() that he should call at the end, and so on and so forth. 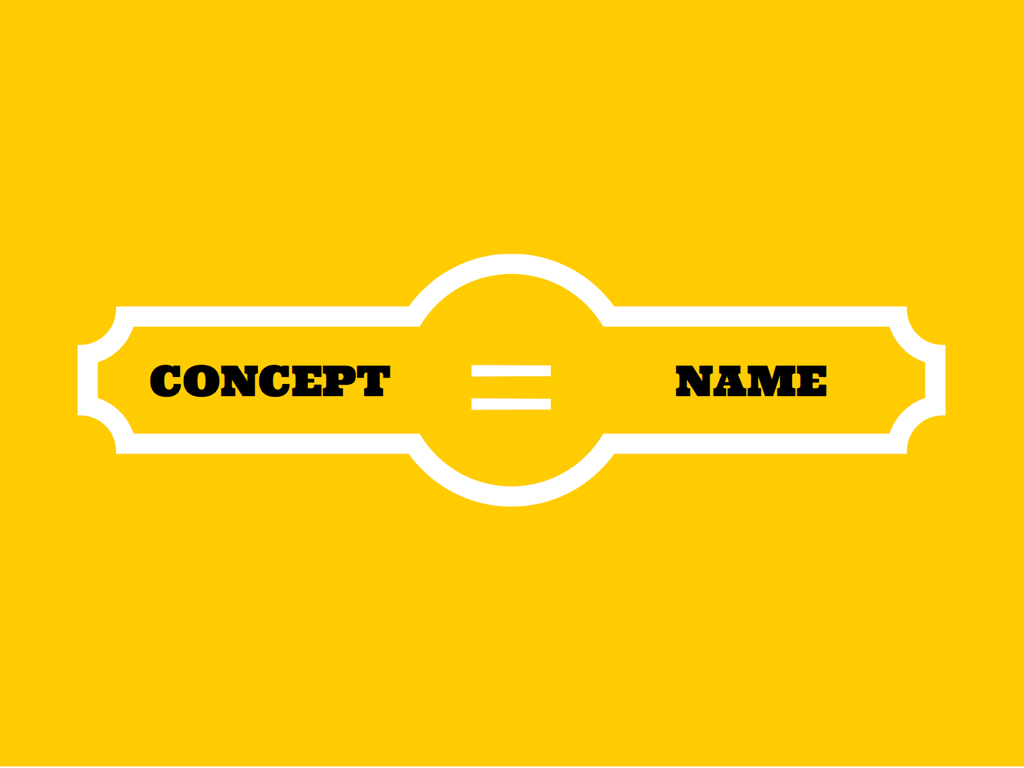 Naming: Always use the same name for the same concept. Devs tend to get creative when naming things and that’s a bad idea! If we, for example, use the term ‘create’ in one place and ‘build’ in another, it becomes very difficult to understand which is the pattern behind the design of the API. When used appropiately a a simple name we can communicate a complex concept with little or no ambiguity. As a rule of thumb if we are having a hard time naming some component then perhaps it’s responsibility is not clear enough and we should review our design. 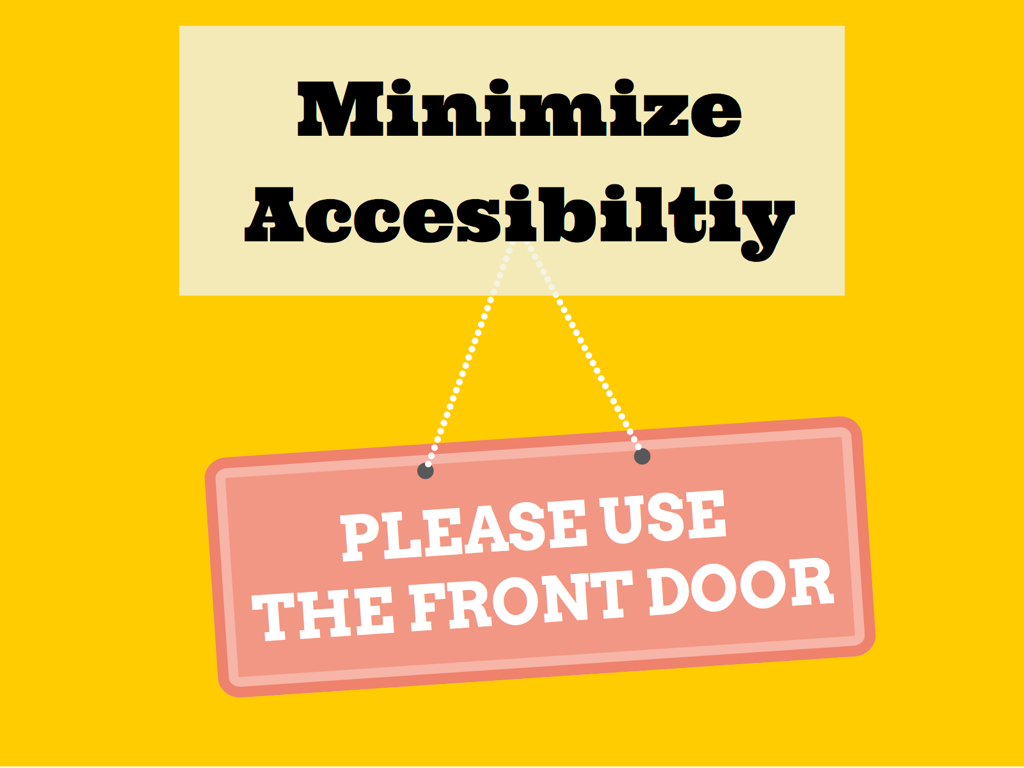 Minimize Accessibility: Similar to encapsulation in Object Oriented Design, we should hide all the details the user doesn’t need to know about. This way we are able to change those things under the hood without loosing backward compatibility. This maximizes information hiding and simplifies the use of the API, avoiding confusion by eliminating unnecessary choices. 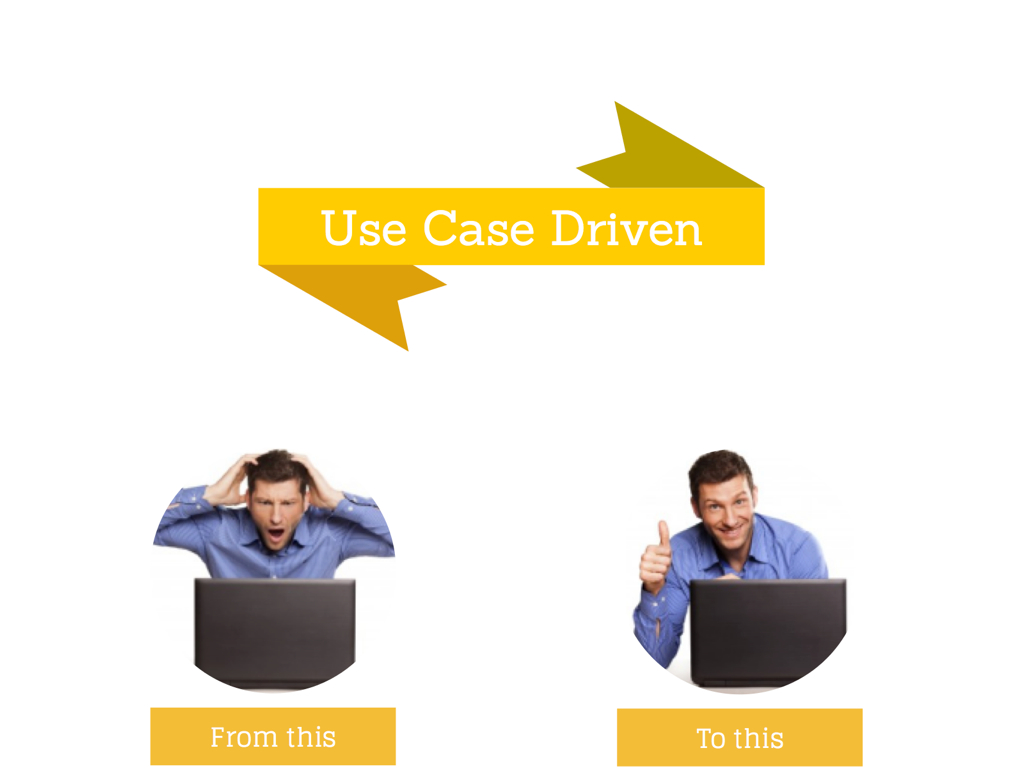 Use case driven: It is useful to validate the possible use cases with future users of the API as soon as possible. One good trick is to start writing code against the API even when the implementation is not ready yet. An advantage of using use cases is that since we intereract with the API through code each use case can be easily translated into a test case. Furthermore using a TDD approach will provide some feeling on the usability of the API. 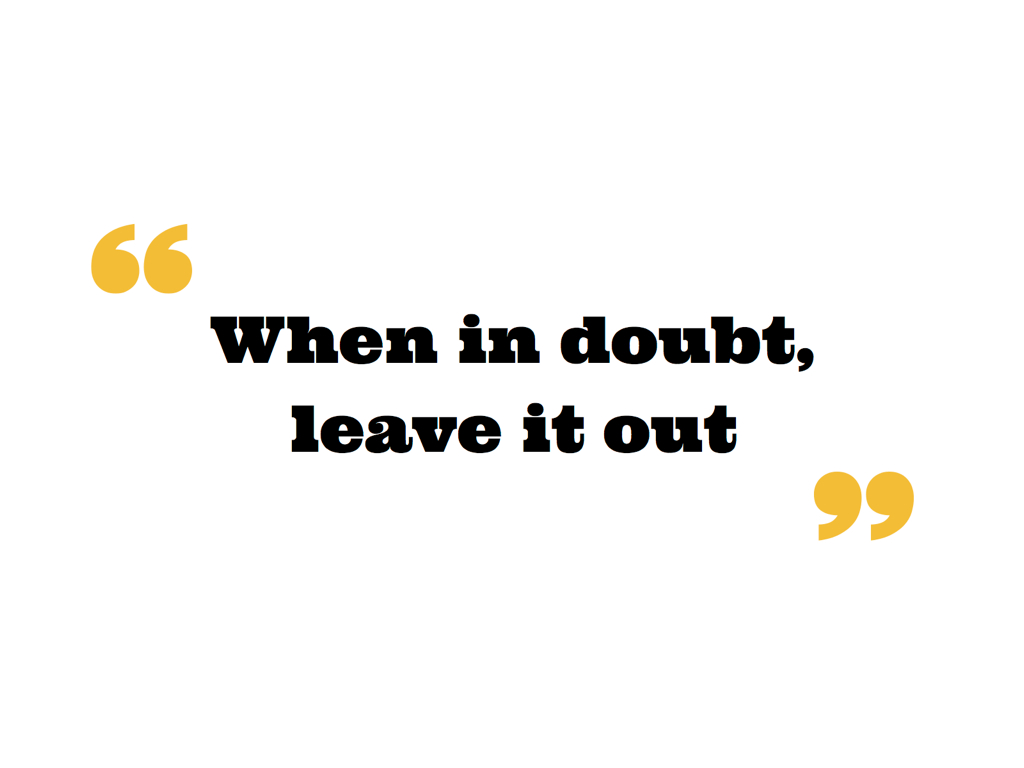 When in doubt…: One of the most difficult choices an API designer is faced with, is deciding what stays and what goes. In general, if there isn’t a great use case supporting a piece of the API, we’re better off not having it there in the first place. Remember: you can always add to an API, but you almost never can remove from it. APIs are “add only”! 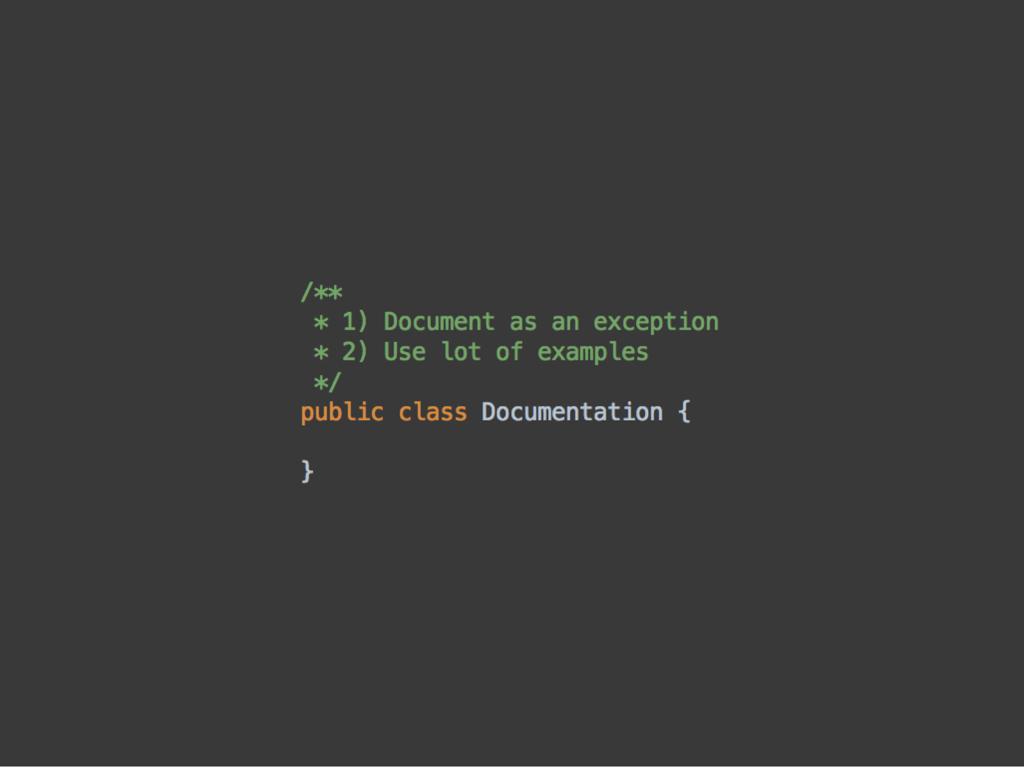 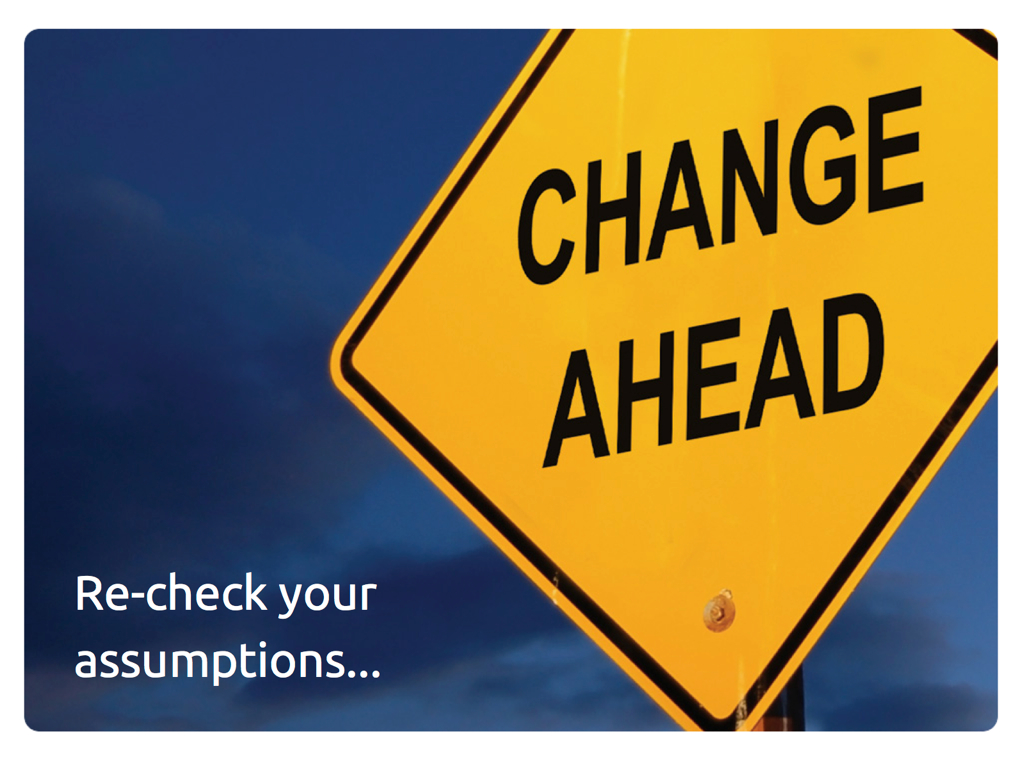 Plan for a change: In any successful API, the only constant is change. Features change, users request new features, we realise we made some obvious mistakes. Our API will change and we better be ready for it. When changing your API make sure to review your initial assumptions. 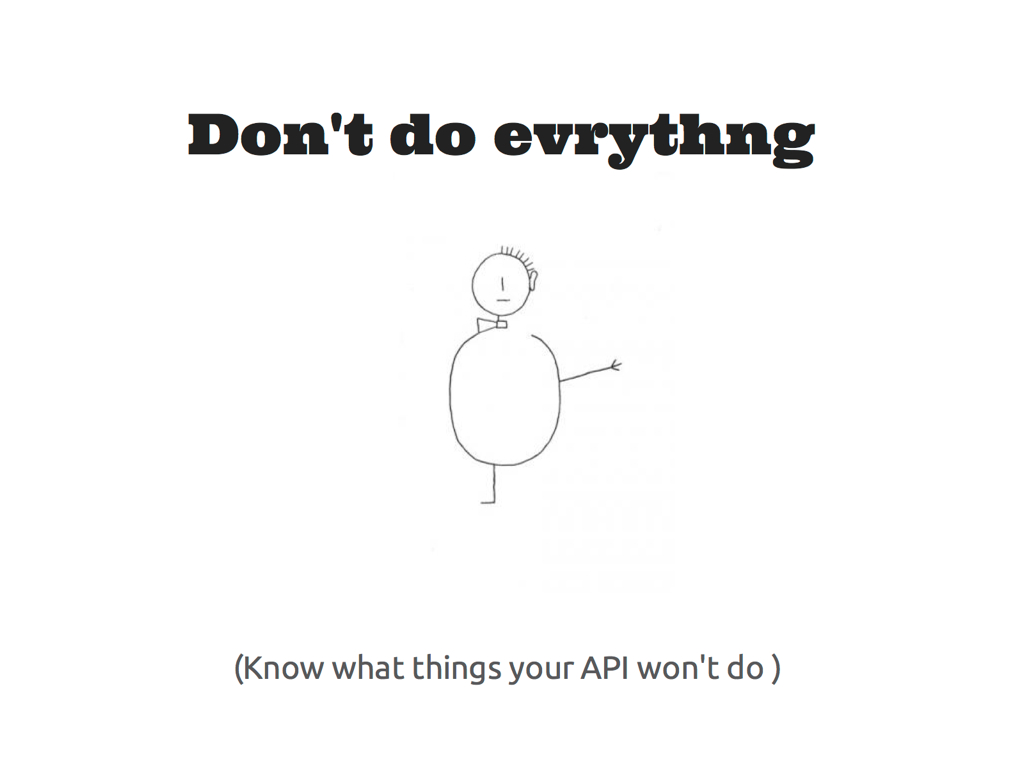 Don’t do everything: It is as important to know what you won’t do than knowing what you do. You have to always be open to breaking an API into several modules. Sometimes it us better to have two small APIs that one large one. 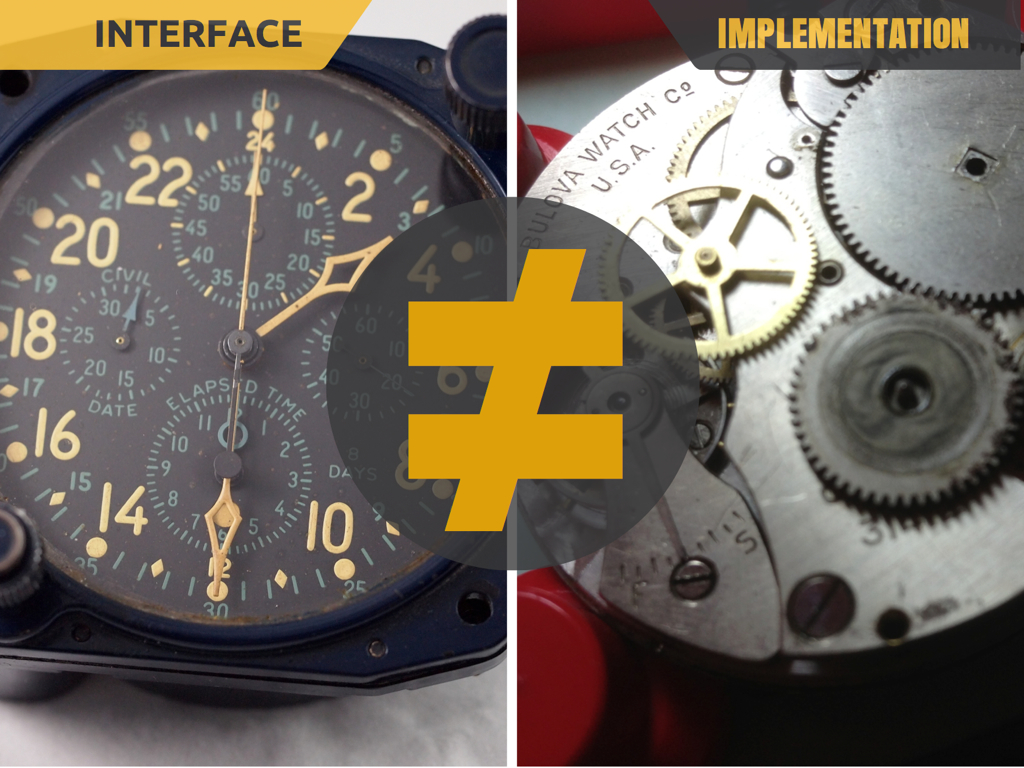 Implementation != Interface It is important to be clear on what it’s an implementation detail and what is essential to the API. Exposing implementation details confuse the user and limits our freedom to change the API later on. For example: Avoid describing specific algorithms, avoid including tuning parameters, avoid specifying hashing functions. Focus on results, not means.